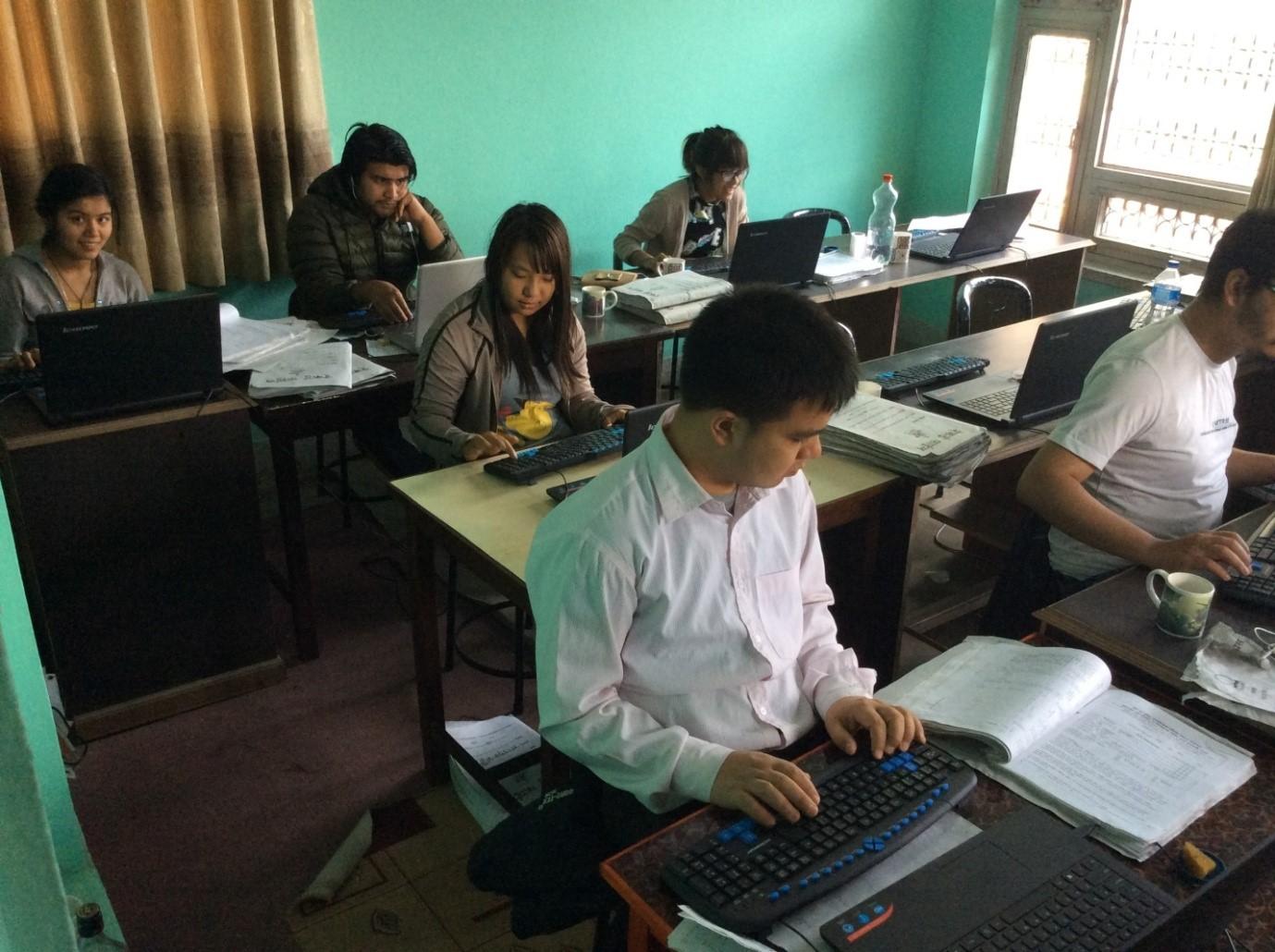 PHD Group in a short span of time carried out a project entitled “Developing a registry of children under five in the 11 most earthquake affected districts” for UNICEF/Nepal. The project report is summarized below.

This project was implemented from December 2015 to August, 2016. During the project period project planning, tools preparation, training – one in Kathmandu and one each in each of 11 districts, field mobilization of field staff, monitoring of field activities, data collection, computer data processing and producing a massive list of under five children eligible for UNICEF grant were carried out. Also list of currently pregnant women in the 11 districts was prepared.

Training and enumeration was planned for 1st and 2ndMarch in Ramechhap but it was delayed by three weeks. It was difficult for PHD Group to hold the team of Supervisors for about one month doing nothing. Eventually, the DDC agreed to arrange for training of enumerators on 20th March 2016 and for this PHD Group Team of Supervisors and senior core Team member went to Ramechhapon 19th March. The team conducted an intensive training for all enumerators and mobilized them for data collection in the district.

Gorkha DDC also delayed training and enumeration by nearly one month. PHD Group project consultant visited DDC authorities and finally settled for training of enumerators. They agreed to organize training on 23rdand 24thMarch, 2016. Senior core Team member and Supervisors left Kathmandu on 22ndMarch for Gorkha to conduct training there. The enumerators were field mobilized after a successful training.

Delay was even longer in Dhading. After many negotiations for which project consultant visited Dhading, training began there in the first week of April. For the training senior core Team member and Supervisors left Kathmandu on 31stMarch for Dhading. The training of enumerators was conducted under the leadership of senior core Team member and Supervisors. After the training, Field Supervisors and enumerators moved to their respective areas of work. The work went on well for about one week to ten days depending on VDC but after that the local VDC Secretaries asked their enumerators to stop the work. PHD Field supervisors stayed there even after that in the hope that this would settle. However, this did not work and the Supervisors left the district at the end of their stay of about three weeks. Later, we heard that the work resumed. We were told that enumeration was almost completed. However, we were not sure of the quality of work the enumerators had done. This was a challenge for data editors.

PHD Group followed up with DDCs and Field Supervisors about enumeration activity going on in 8 districts. As mentioned in the first Technical Report, enumeration work could not be done on time as expected because the enumerators happened to be government employees and they tended to give less time to census enumeration. PHD Filed Supervisors had to extend their supervision work for a longer period than originally planned. The Field Supervisors also made repeated visits to the VDCs and wards of Municipalities to meet with enumerators. In some districts originally trained enumerators dropped their work and under such circumstances the Supervisors asked local VDC secretaries to recruit new enumerators and they were given training on the spot to continue enumeration work. In 8 districts, in addition to supervisory work, the Supervisors also stayed longer to support completed forms collection activity.

The enumerators after completing enumeration were asked to submit the forms to VDC/Municipality ward secretaries. The enumerators were given a format to hand over to VDC/Municipality ward secretaries which the latter were asked to fill in before sending the completed forms to DDC. The forms collected at DDCs were transported to Kathmandu/UNICEF/PHD Group office by either PHD or UNICEF hired vehicles.

The completed forms collected from different districts were computer processed. This entailed arranging forms by VDC/Municipality by district, editing forms and computer entry. Households with children under 6 and pregnant women were processed, not the other households. The data was computer entered using CSProcomputer package which is the Standard Package used by CBS to process the 2011 round of census data. The data was then exported to SPSS system file for analysis.

In all, 306,996 children 5 years of age or under were computer entered from 11 districts. In addition, 24,351 currently pregnant women were also computer entered. These data were the basis for UNICEF to distribute child grant in the 11 earthquake affected districts.

PHD GROUP is one of the first non-government, non-profit research organization founded in 1971 and registered as a Company not Distributing Profit to articulate Nepalese aspirations in the development process of Nepal.